← more from
IGLOO Records
Get fresh music recommendations delivered to your inbox every Friday.

by Lionel Beuvens and MOTU 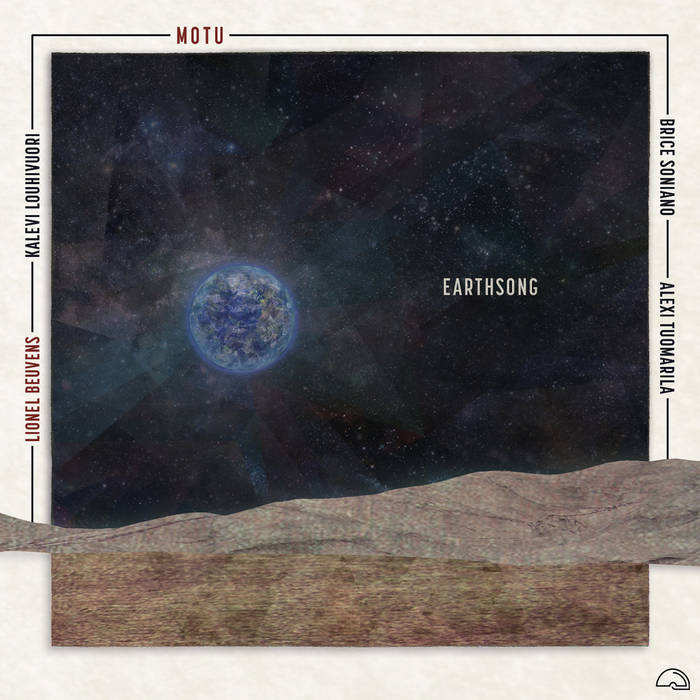 After years of playing as a sideman for numerous jazzmen, drummer Lionel Beuvens brought together noted musicians from the four corners of Europe for a new project commissioned by the Gaume Jazz Festival in 2011.
The group consisted of two long-standing friends – the Finnish pianist Alexi Tuomarila and French double-bassist Brice Soniano – alongside the Finnish trumpet player Kalevi Louhivuori. In 2013, the quartet (initially called the Lionel Beuvens Quartet) released their first album, “Trinité” on the Igloo Records label. Recognised as an album that grooves, it showed a deep level of writing and enabled the group to tour extensively across Belgium and Europe.
The response prompted Beuvens to work on a new repertoire for a second project for the Gaume Jazz Festival in 2015, “Motu”. For the occasion, the quartet called on the creative forces of the French sax-player Guilhem Verger and Flemish singer Natasha Kelly. The second album, “Earthsong”, was released in January 2017. It follows in the path of the previous one (a balance between tradition and modernism, with groove) but was enriched with the presence of the sax and vocals. The first multiplies the possible interactions between the players, while the second re-centres the various energies and makes the music more accessible.

Bandcamp Daily  your guide to the world of Bandcamp

Kari Faux drops off her deluxe album 'Lowkey Superstar' plus tunes by Shunaji and Samplelov.